These exquisite works of this kind were associated with the mourning of a chief or the chief’s mother, not a trophy head like many have assumed. 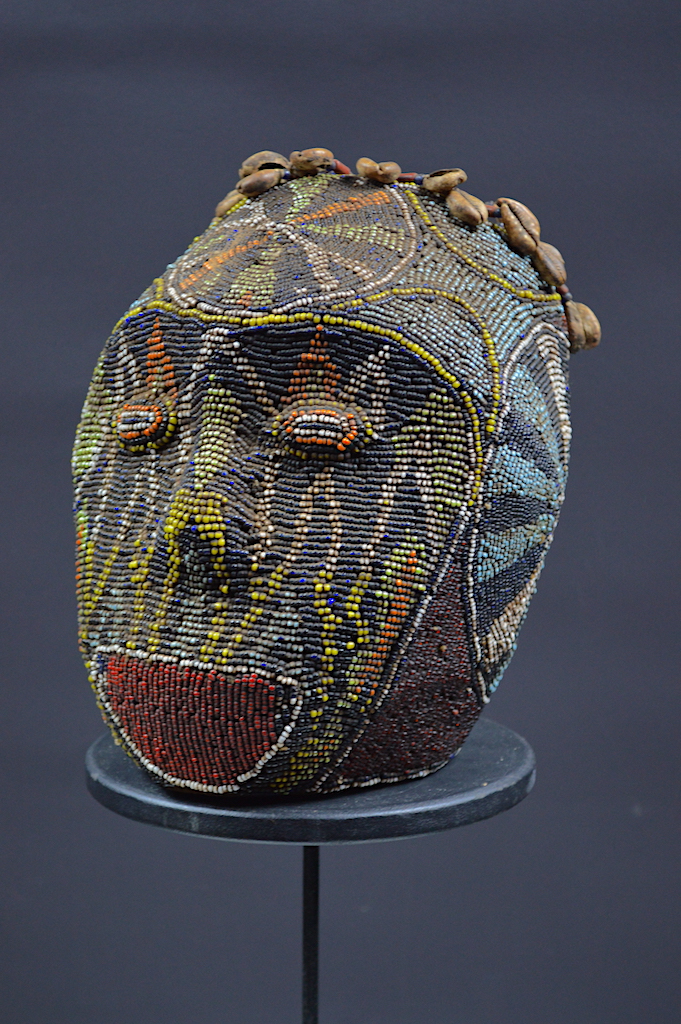 A stunning Bamileke Atwonzen beaded head, totally beaded and adorned with cowrie shells. The Atwonzen is only used by the chief and the ma FO (the chief’s mother), it is held in the palm of the hand to dance and mourn the death of a chief or the chief’s mother. These are not a trophy head, beaded human skulls were presented as the enemy felled in battle, a big misconception to these wooden beaded heads. 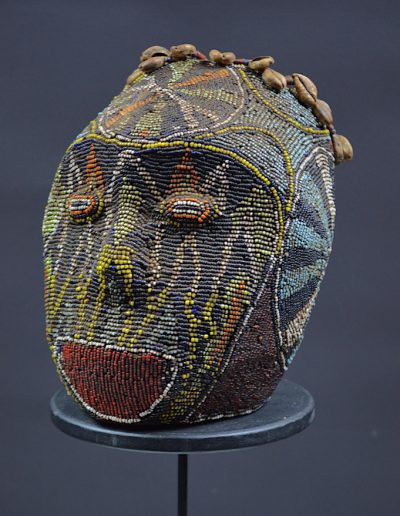 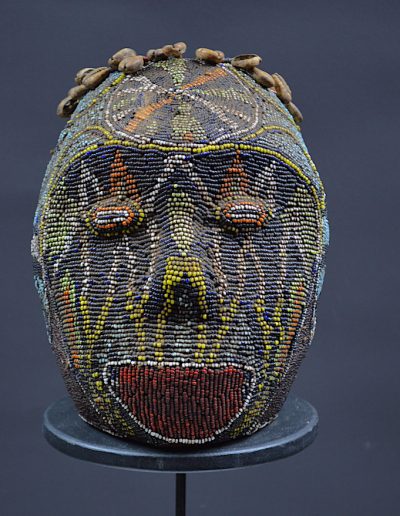 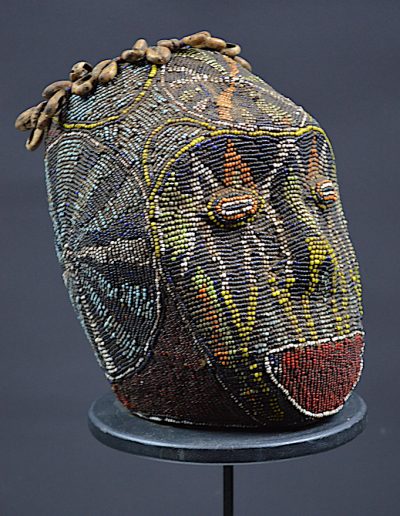 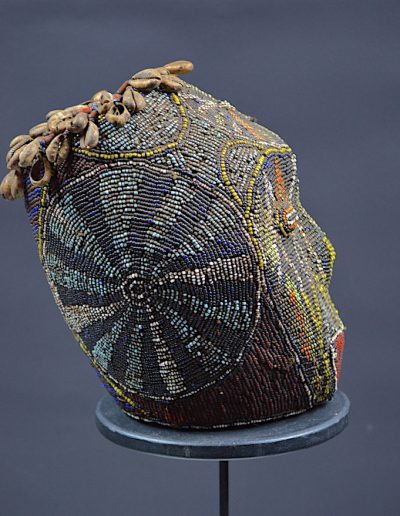 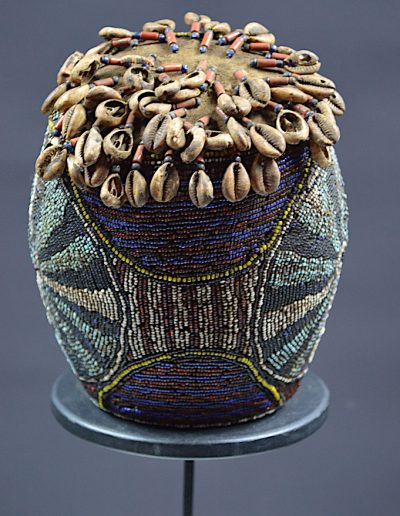 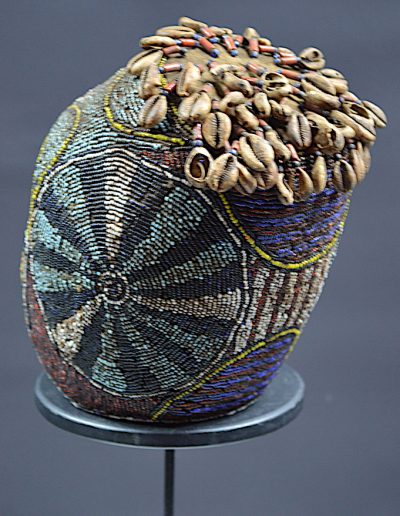 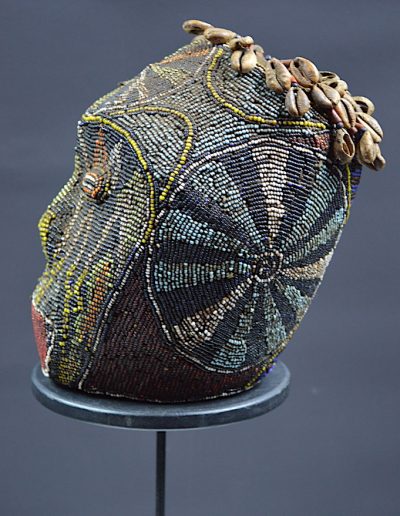 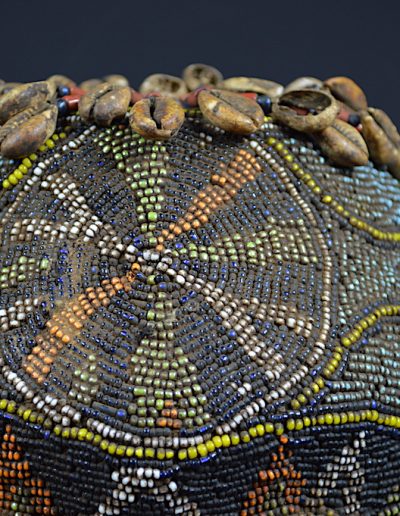 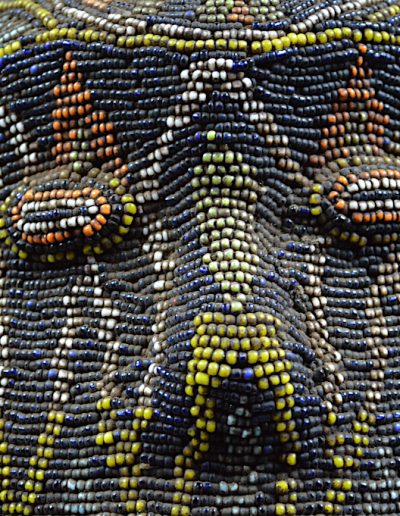 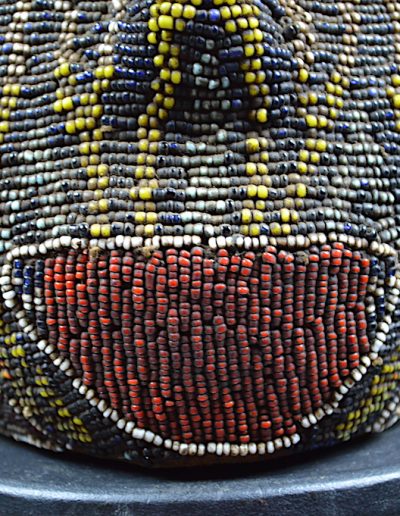 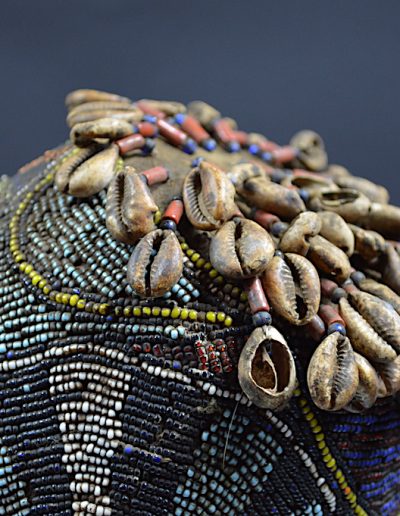 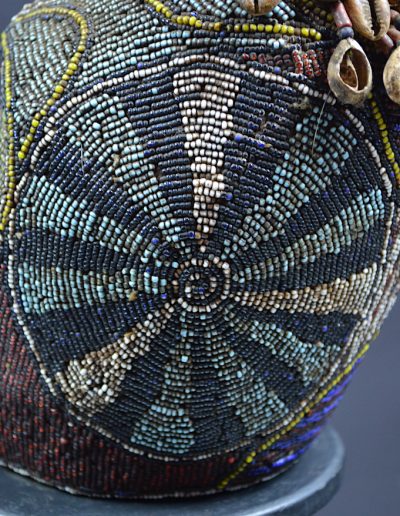 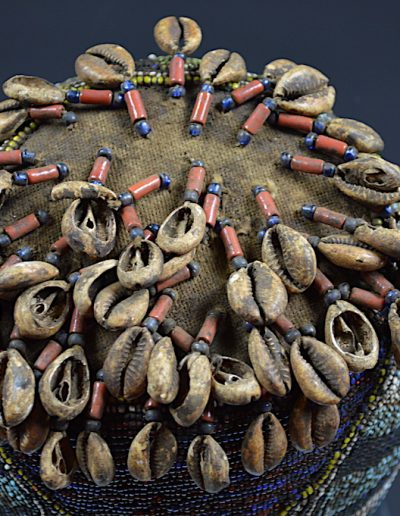 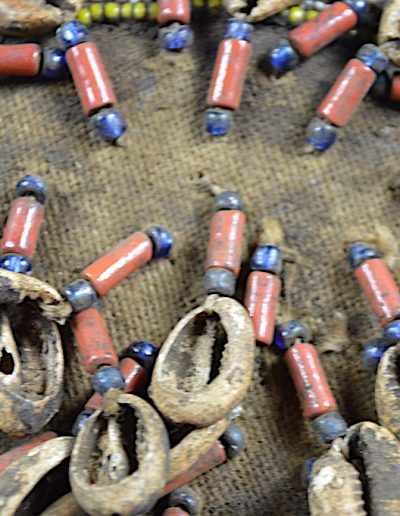 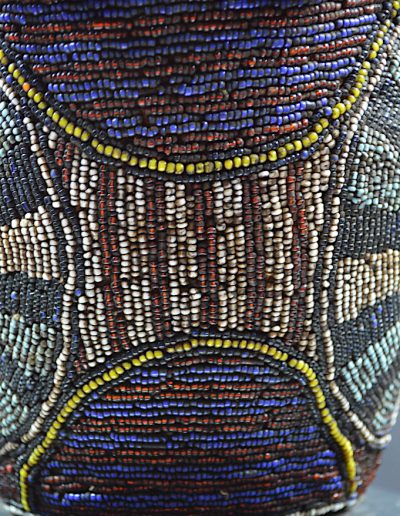 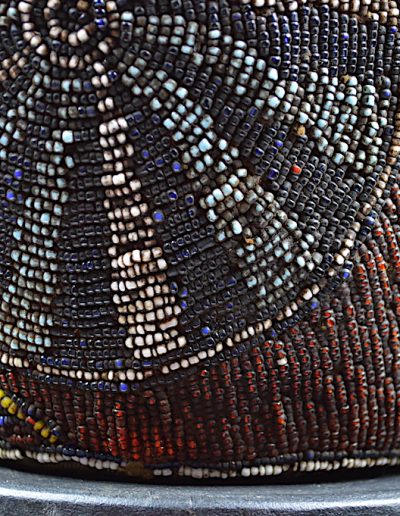 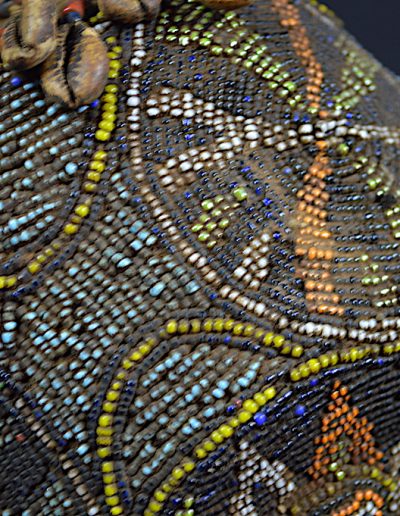 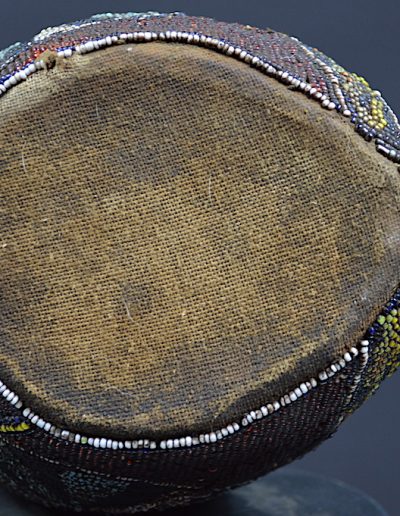 Maybe I am throwing a spanner in the works regarding most information out there about Atwonzen beaded heads, but this information has come from the Bamileke chiefdoms, the chiefs and the notables that produce these ceremonies.

Traditionally, the heads of the Bamileke chiefs after their death, the 9 notables of the chief meet and cut off the head of the dead chief, mfo or king, it is then taken and kept in the house of the skulls. During the ceremonies of the human skulls of kings, not being able to bring out real skulls, the notables chose to make the new king dance with beaded wooden skulls on the palm of their hand. Macabre this may sound but this tradition is actually still in place to the present day.

These beaded wooden heads have been around for many more years than the tradition with the human skull trophy heads. The name of the skull ceremony is called ‘the Skull Preservation Ceremony’ (tou’o nvo’o) in memory of the deceased. In the photo to the right, it is in these small houses that the Bamiléké hold the tou’o nvo’o ceremony of the human skulls they enter here and offer salt and palm oil to the skulls. 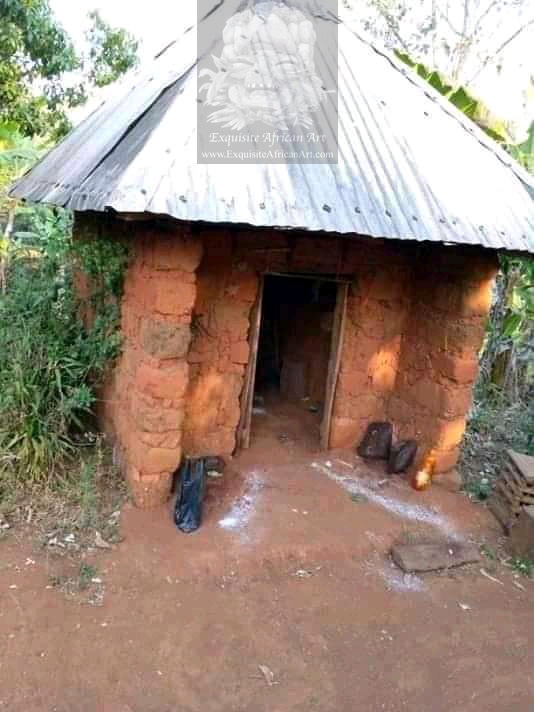