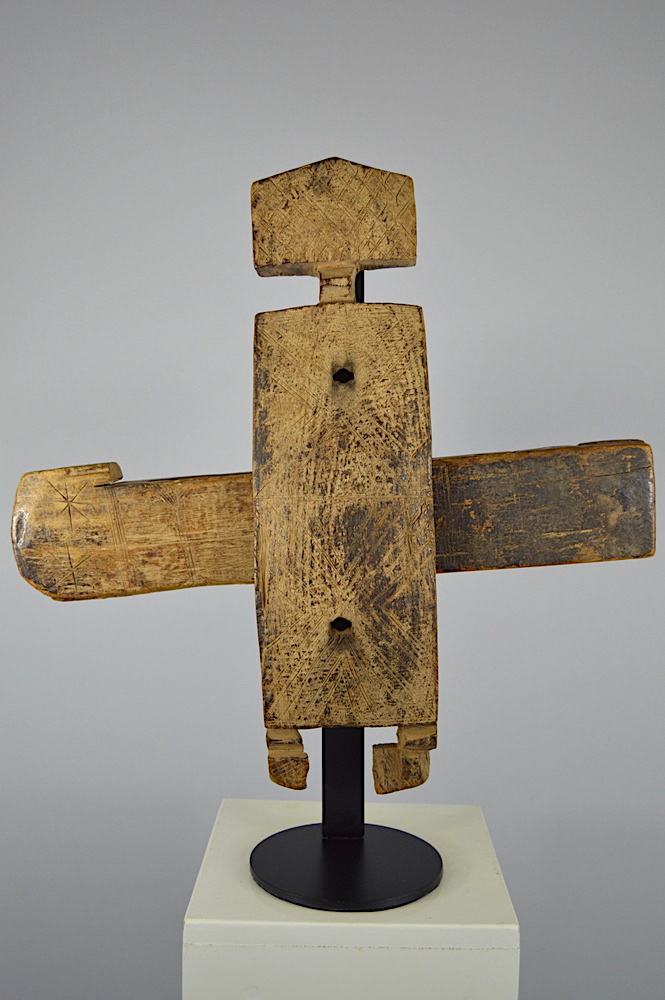 £275.00
Description:
Dogon door lock made of wood with well worn incised markings. Beautiful and old showing plenty of signs of good use over its lifetime. This particular door lock has been heavily carved giving an overall incised pattern well recognised as Dogon. There is a small piece missing at the bottom of the door lock but this takes nothing away from its grandeur as a door lock. Having its own bespoke stand which shows off this piece of Dogon art to its full potential. 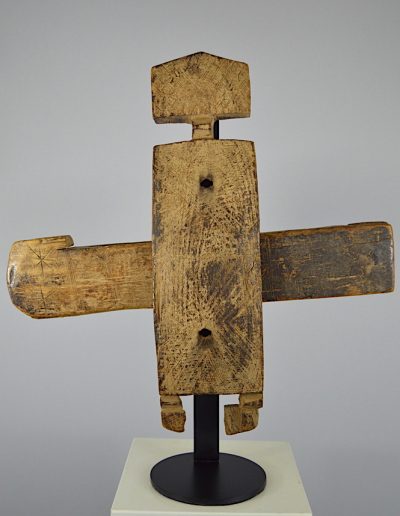 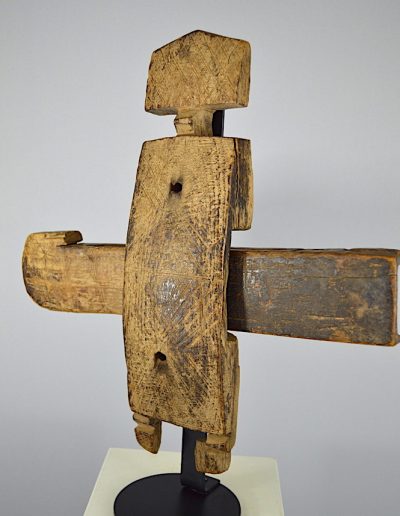 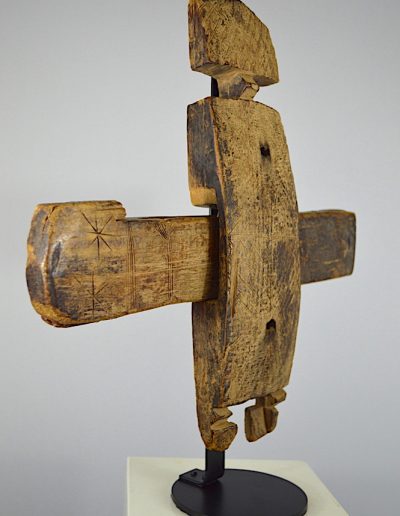 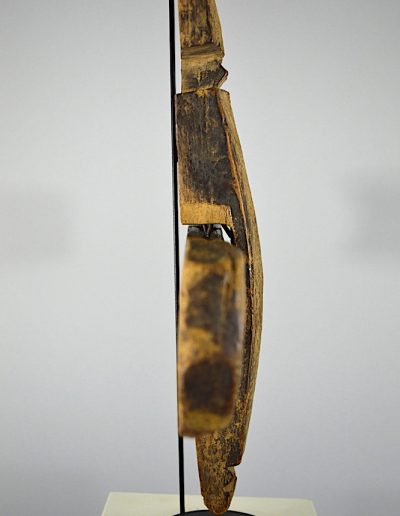 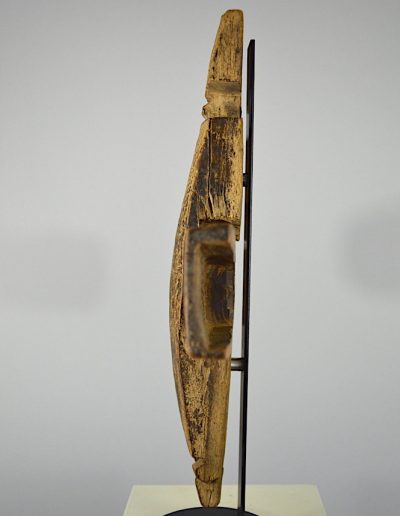 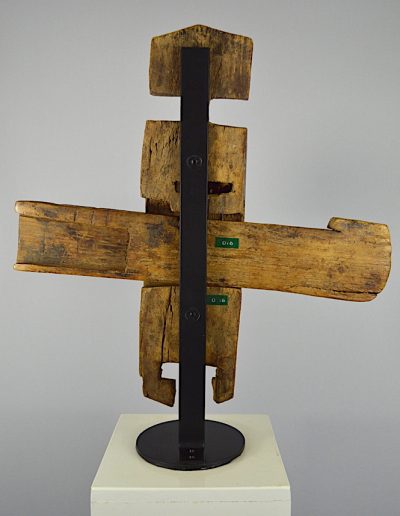 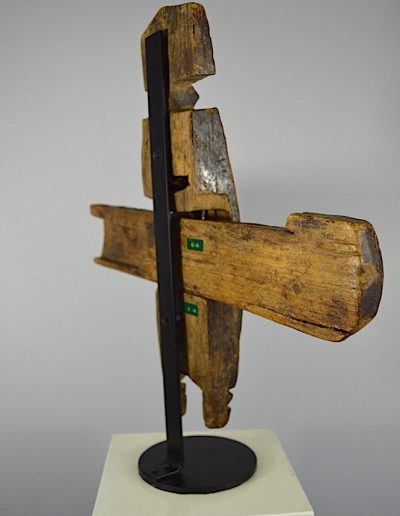 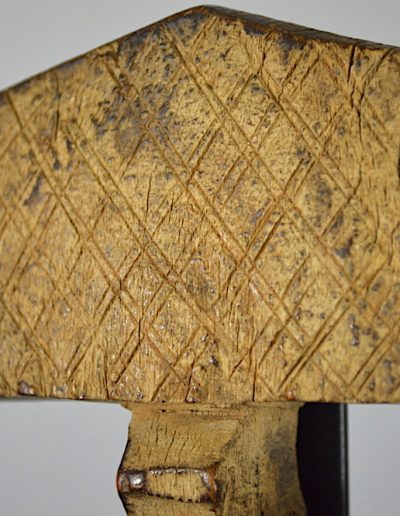 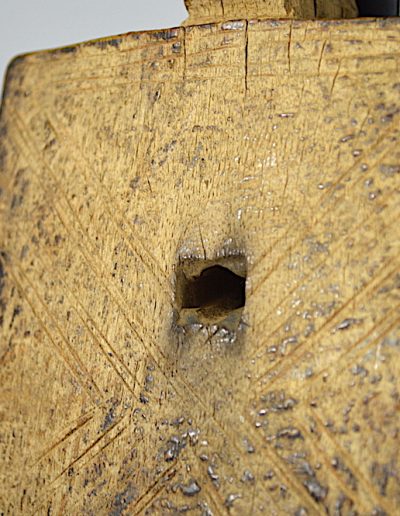 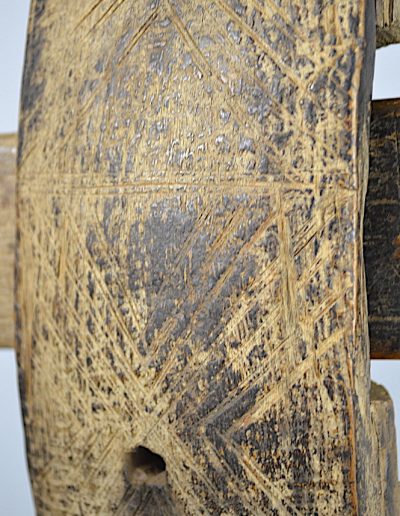 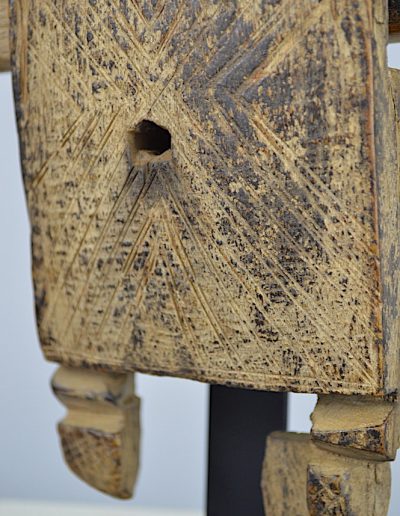 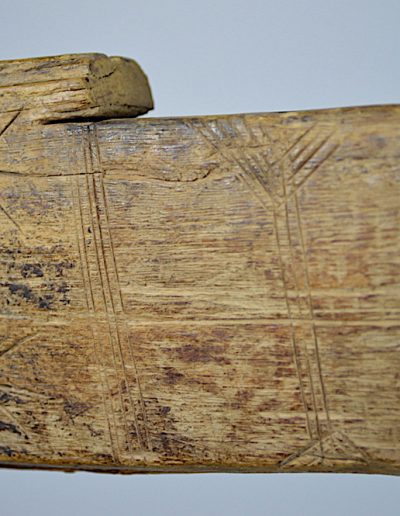 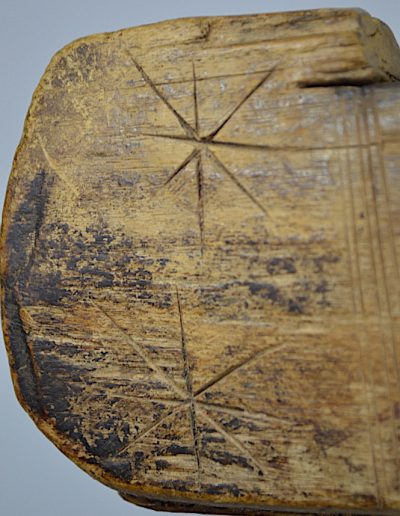 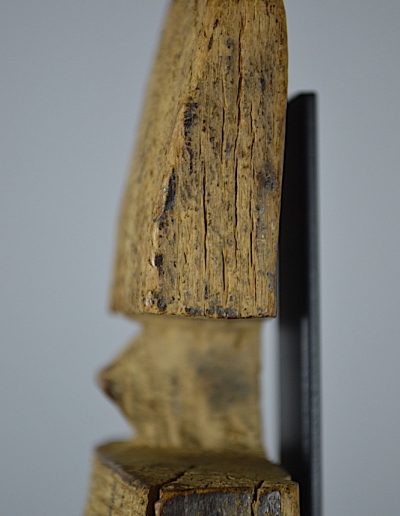 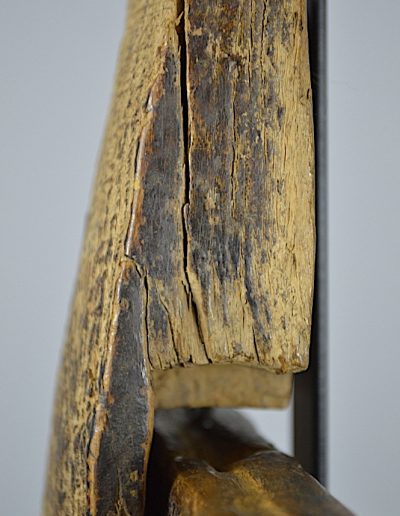 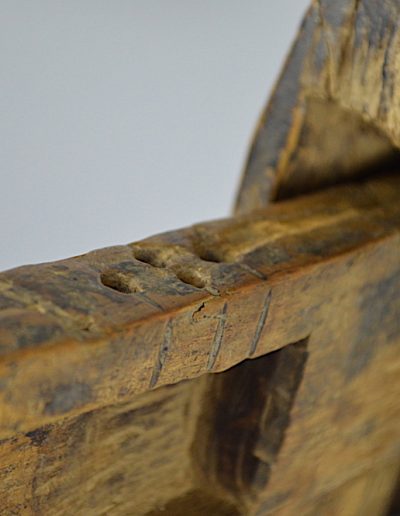 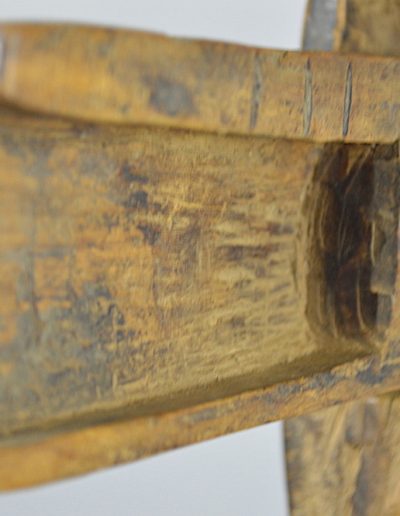 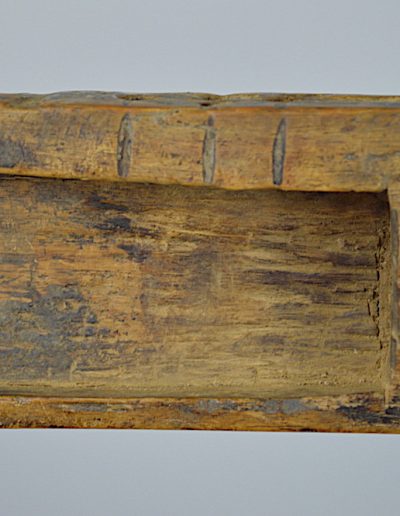 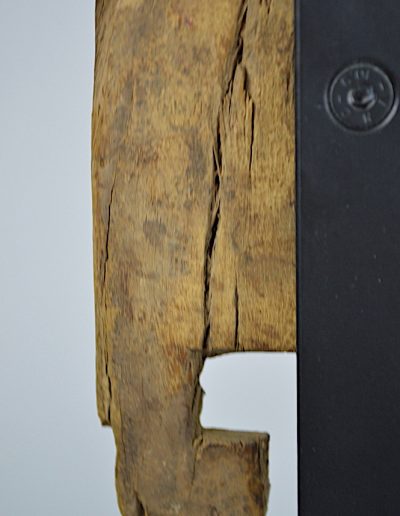 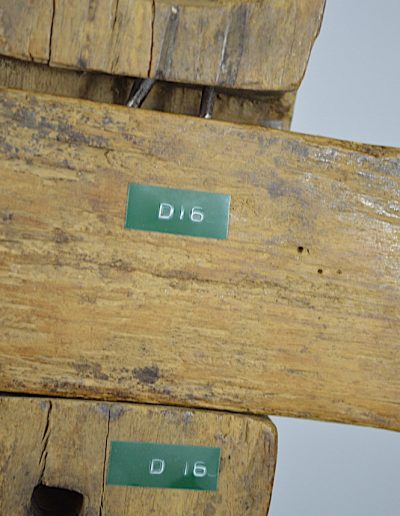 Each lock is given a name in accordance with its message, person, myth, or any anecdote referred to. Door locks were a prized gift for young brides and passed down from generation to generation.

The Arts of Africa at the Dallas Museum of Art.. 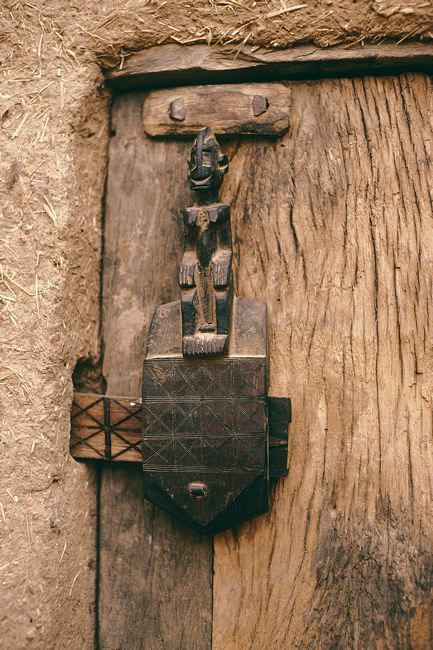