A charasmatic Mambila female ancestral figure, these figures are also known as “Tadep” and were used by the Suaga association,

Description:
A lovely characteristic Mambila female ancestral figure, these figures are also known as “Tadep” and were used by the Suaga association, which was concerned with justice and protection from supernatural forces. A nice heart-shaped face, concaved ears, sunken eye sockets with protruding eyeballs, open mouth with ridges around the edge. The arms are held up above her breasts and having the traditional cubist style bottom half of the body.
Additional images 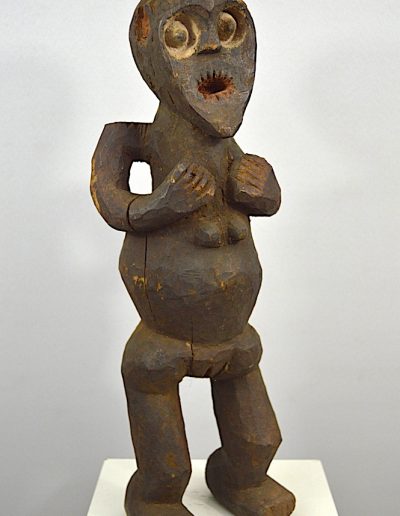 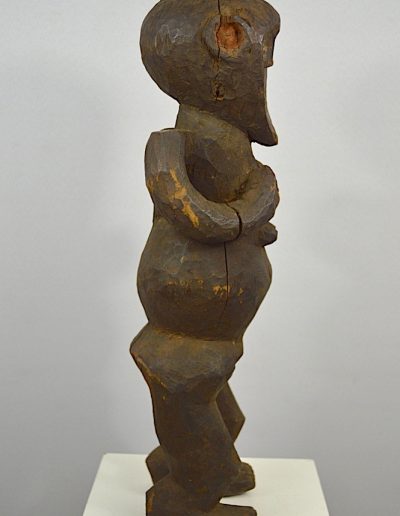 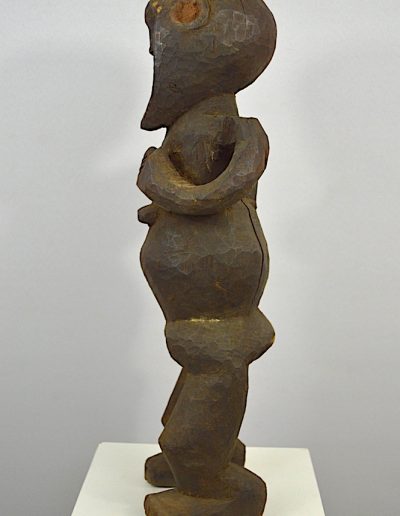 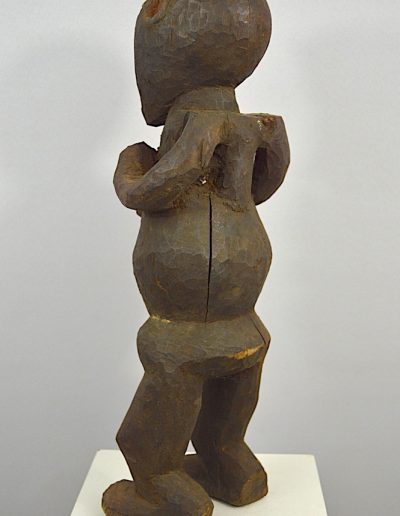 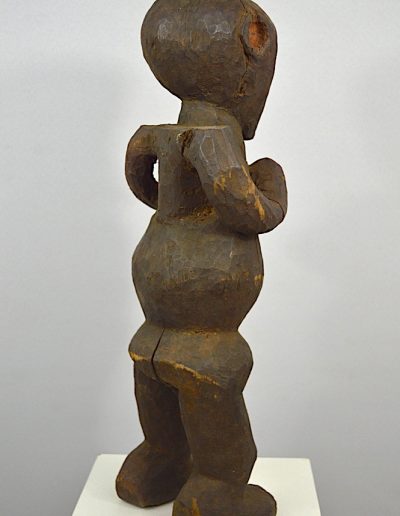 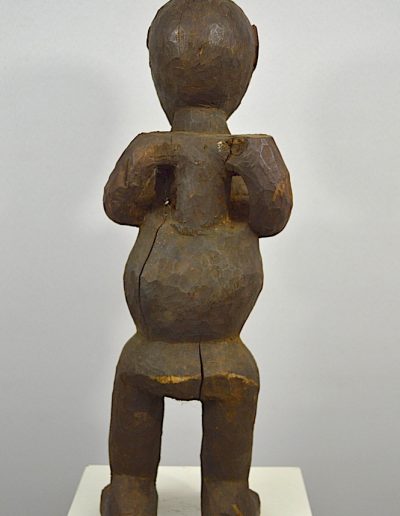 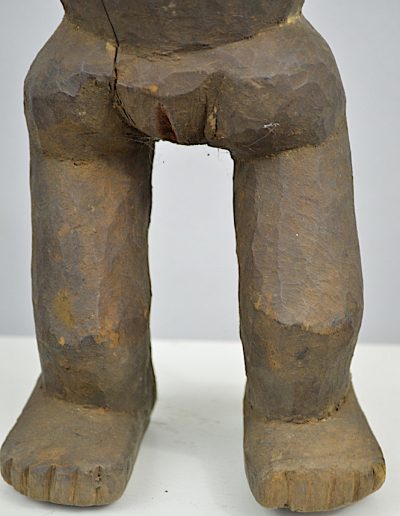 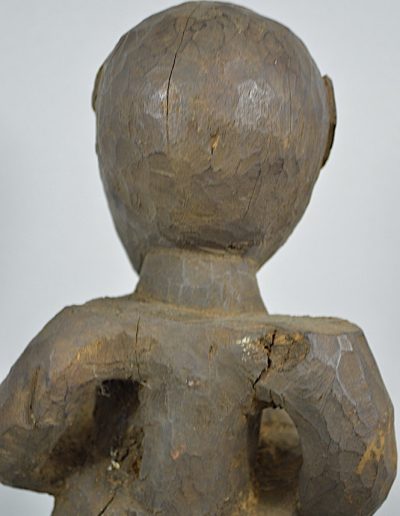 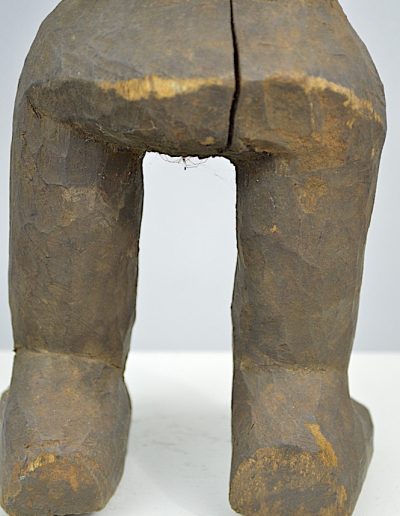 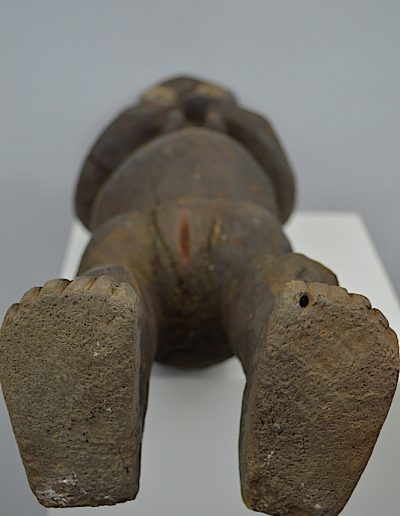 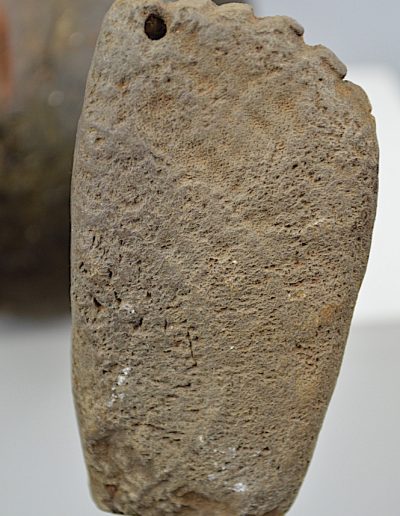 According to Kerchache (1990: 144), Mambila “religious life centres around ancestor worship.  Every village has an ancestor hut that is entrusted to the care of the elder.  It is built on stilts and has an image called ‘Baltu’ displayed on its front wall which shows a man and a woman holding a net which is used for catching birds or fish.  The ancestor figures of the Mambila are kept in such nets.  These figures are carved out of very soft wood and painted with red, white and black pigments.  They are called tadep or tadep dia (figures that measure 30 cm or more).

“Such figures are commonly described as ancestor figures, a description which is challenged. The gesture of the left hand or both hands up towards the chin in Mambila sculpture is characteristic of tadep figures connected with a healing association called Suaga. The ritual paraphernalia were kept in granary-like storehouses adorned with painted screens (baltu). Two types of anthropomorphic figure were displayed in front of the storehouse: kike made from raffia palm pith, and tadep carved from wood. Both types were often made as a male-female pair and usually painted with black, red and white pigments. Larger tadep were also kept inside the storehouses. Although the Suaga complex remains central to the religious system of the Mambila, most figures and masks have been removed owing to their popularity among Western art collectors.”
Source: Keith Nicklin – Africa The Art of a Continent 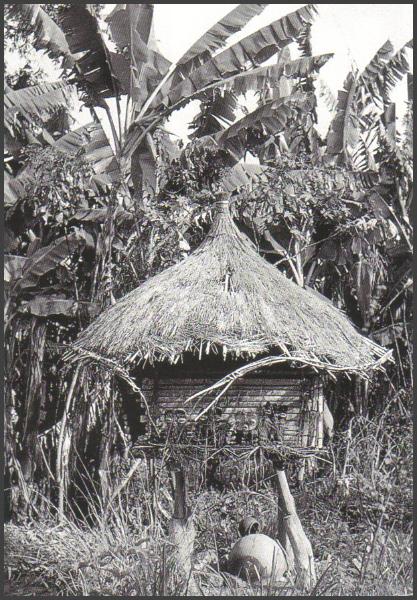