Description:
An old and stunning example of a Mbukushu braided wig headdress, the leather/hide base has deteriorated due to age and would have held a plant fibre fringe. Beautifully beaded centre braid, these were braided to mimic real hair. This was an important object when it was used and remains so today.

Along the Okavango River that passes through northern Namibia, the Mbukushu are part of a larger Kavango group, among whom elaborate hairstyles were traditionally worn. For adult Mbukushu women, a paste of grass, finely crushed wood, and fat is rubbed into the hair, creating a distinctive matted appearance and enabling the attachment of a thick sisal braid to the top of the head and the addition of sisal hair extensions to create long hanging plait’s. Beads, buttons, and shells enhanced the coiffure. Wigs such as this one, in which the fibre is attached to a leather base, allow women to present themselves on special occasions wearing the traditional hairdo while avoiding the time-consuming process the creation of the original involved. 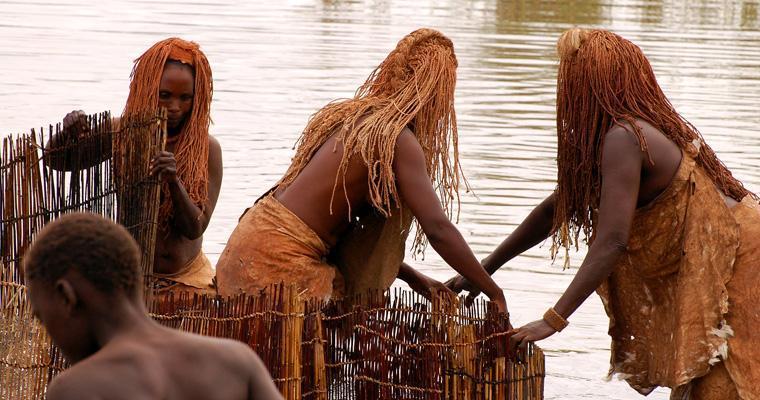