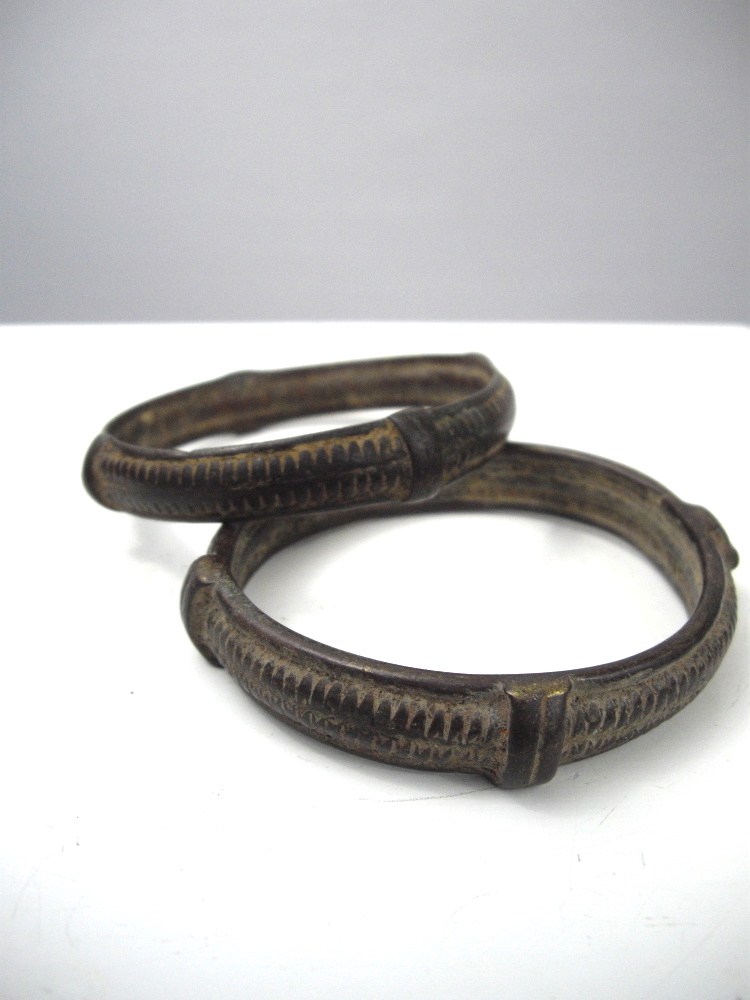 Description:
Pair Dogon bracelets. Both of which are made from bronze with heavy incised carving present on both of them. One being slightly larger than the other and also heavier . The smaller on being the heavier of the two. Both bangles/bracelets have four nodules cast around the outside adding to the overall decoration. A lovely and old pair of bangles worn by the Dogon. 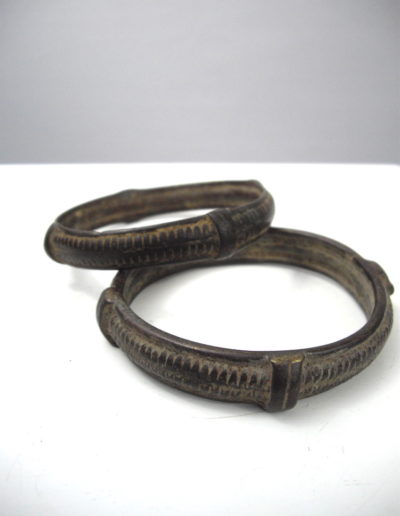 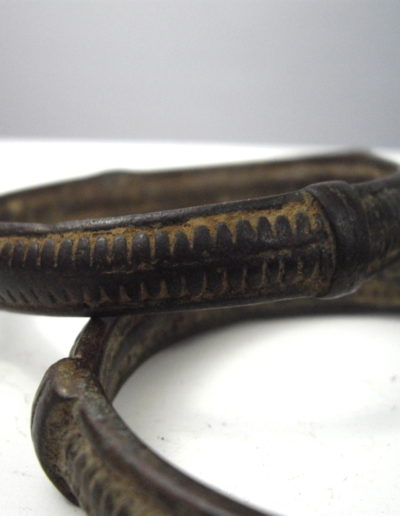 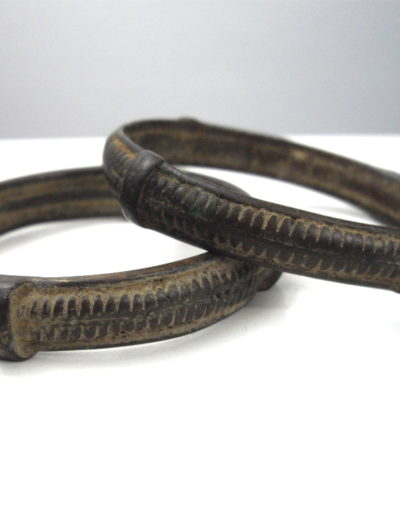 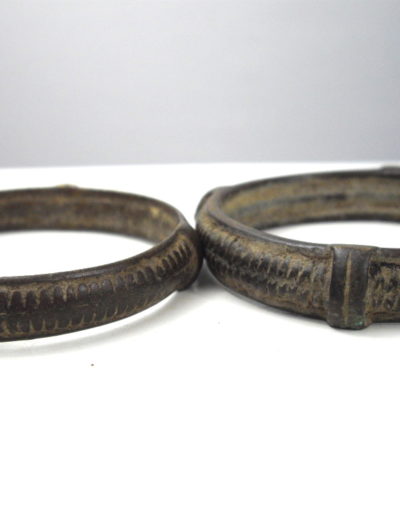 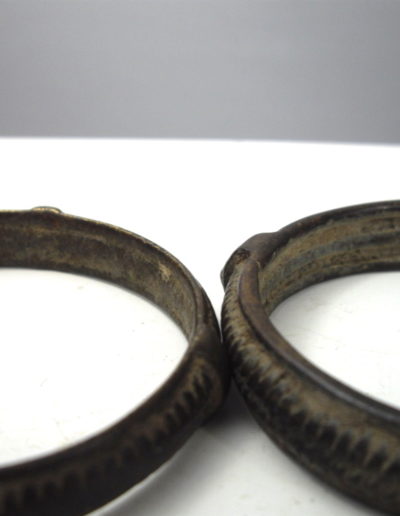 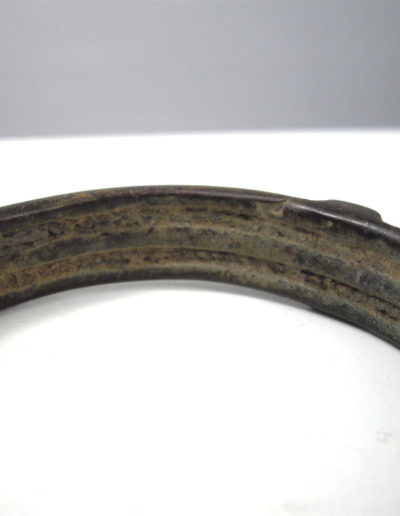 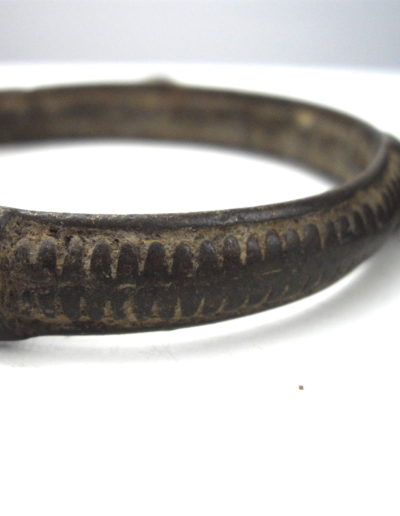 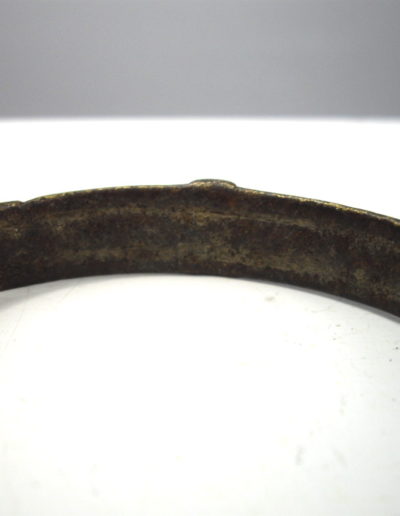 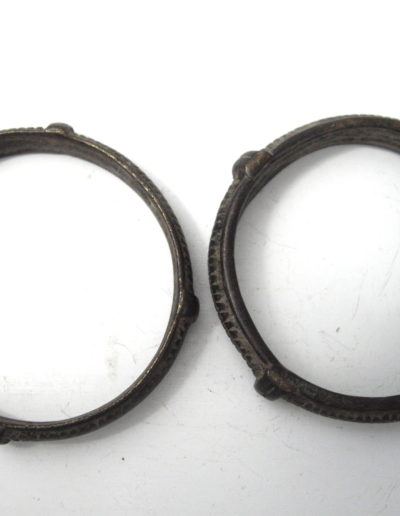 The Dogon are believed to be of Egyptian decent and their astronomical lore goes back thousands of years to 3200 BC. According to their traditions, the star Sirius has a companion star which is invisible to the human eye. Among the Dogon, several oral traditions have been recorded as to their origin. One relates to their coming from Mande, located to the southwest of the Bandiagara escarpment near Bamako. According to this oral tradition, the first Dogon settlement was established in the extreme southwest of the escarpment at Kani-Na.

The metal workers of the Dogon people are famed for their extraordinary construction of distinctive jewellery items.  Dogon motifs include bearded figures, the sun and stars, snakes, rabbits and monkeys.The Dogon are known for their iron bracelets and adornments in general which are often made out of wrapped iron worn by the Hogon, the spiritual leader of the Dogon community. A Hogon is a religious figure as well as a temporal authority. The Hogon may be hereditary or may be chosen from among the village elders—custom varies from place to place. The Hogon is always a man. After being chosen, a Hogon must pass through several months without washing or shaving. After initiation, he wears a red cap and a pearl bracelet. Hogon live alone and should be celibate, but a village girl may act as a maid. Nobody should touch the H.

Bracelets were also used as fetishes, objects believed to have supernatural powers and therefore could protect the wearer hence it is an item of jewellery often worn by the hunters within the village.