Stunningly colourful Mekan hat from the Bamileke tribe. Made using a crochet technique incoropating both red, green, brown, blue and beige coloured cotton to create the basic hat. This hat has then had hundreds of 5cm lozenge/fingerling shapes added around what would be the brim. Showing a few signs of wear deterioration but this only adds to its charm.

Hats have a very special roll within Bamileke culture. They are worn by men during special ceremonies. It would be unthinkable to see a notable in an outfit without his hat to accompany it. Hats do vary in style and design but are usually made in wide variety of media such as vegetable fiber, cotton, and feathers.  Rather than a simple accessory, the hat could be an indication of the owner’s social rank and status. So important are the hats that many of the sculptural hats are sometimes represented on carved figures. 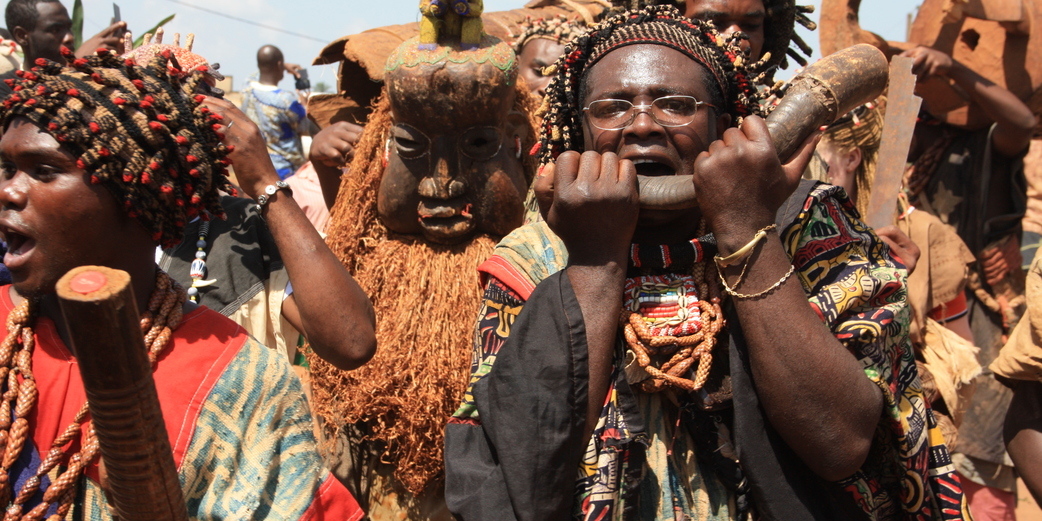